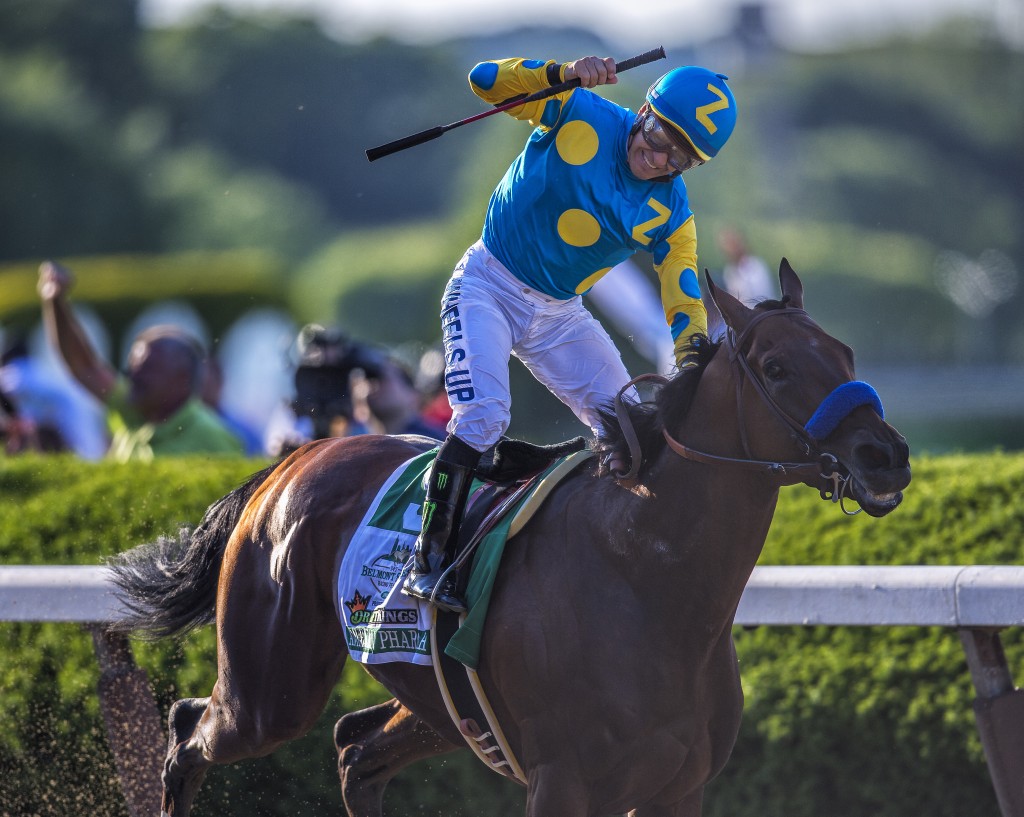 The heart of the thoroughbred racing season begins each year on the first Saturday in May with the running of the Kentucky Derby. 17.9 million TV viewers’ hearts raced as they watched American Pharoah vie for the first jewel of the Triple Crown. As jockey Victor Espinoza pushed American Pharoah across the finish line to win by one length, America readied itself for another Triple Crown attempt. Two weeks later, Pharoah flew across the sloppy ground at the Preakness Stakes, unfazed by the wet going, to win by seven lengths. Again, viewers across America saw the chance for a Triple Crown winner but held their breath as Pharoah began to prepare for the seemingly unattainable and longest of the three races: the Belmont. At 6:52 pm on Saturday, June 6th, history was made as America witnessed their first Triple Crown winner in 37 years, a feat most trainers had deemed impossible to achieve in this era. TV viewership spiked as the race began, and 22 million Americans watched as Victor Espinoza sought the third jewel of the Triple Crown.

As American Pharoah crossed the finish line, he joined 11 other horses in the legacy of Triple Crown Winners. Now, the question in everyone’s mind is how American Pharoah would have fared against the past winners. Check out the facts below to learn more about each previous winner and how their legacy compares to that of Espinoza’s with American Pharoah.

Pharoah posted the 6th fastest Belmont time in history and the 2nd fastest among Triple Crown winners, second only to Secretariat’s record time. However, Pharoah’s final quarter-mile was faster than Secretariat’s, and many have speculated that Pharoah had plenty of gas left in the tank after crossing the finish.

Affirmed had a difficult Triple Crown series and battled out all three races with the second-place horse, Alydar. The two horses finished first and second in all three Triple Crown races. Affirmed also raced twice against former TC winner Seattle Slew, but Slew won both times.

Seattle Slew was the only Triple Crown winner to have never lost a race prior to the Triple Crown series. He suffered a collapsed jugular vein a year after winning the Belmont and was almost euthanized, but quickly recovered and returned to racing.

Secretariat boasts the stakes, track, and world records for his 2:24 time at the Belmont Stakes. In this same race, he won by 31 lengths, also a record amongst Triple Crown winners. He had a genetic mutation that caused his heart to be over twice as large as a standard horse, allowing him the extreme stamina to be known as the greatest racehorse of all time. 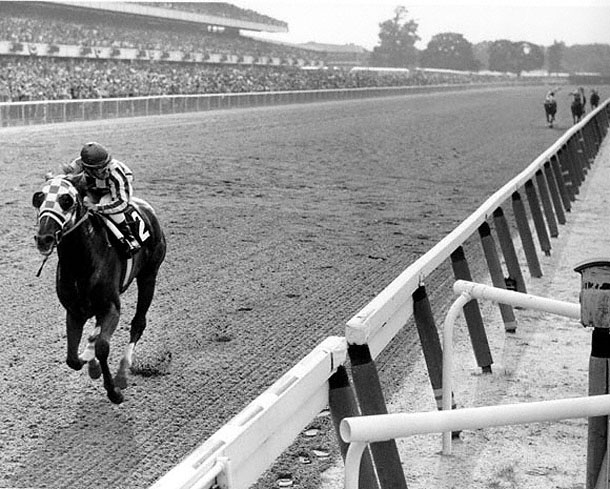 Citation was the first thoroughbred to accumulate over one million dollars in purse money. He also had a stellar record across all of his races, and won 19 of his 20 starts in 1948.

Assault had a misshapen hoof and was often called the Club-Footed Comet. He was known for lacking stamina, so most believed he would never have a chance at the Triple Crown victory. Yet, he won the Kentucky Derby by 8 lengths, the Preakness by a neck, and the Belmont by 3 lengths.

Count Fleet was the longest living horse to have won both the Derby and the Preakness and died at the age of 33. He won the Belmont by 25 lengths, and set the record until Secretariat surpassed him in 1973.

Whirlaway was the most heavily raced Triple Crown winner, having run 60 races and winning 32 of these.

While considered a great runner, War Admiral was extremely difficult to get into the starting gate and delayed the Kentucky Derby by eight minutes and the Belmont Stakes by nine. He was sired by Man O’ War, another very famous race horse.

Omaha won 9 of his 22 starts and won the Preakness Stakes by 6 lengths.

Gallant Fox was the first Triple Crown winner to sire a second Triple Crown Winner- his son Omaha, who won just 5 years after.

Sir Barton was the first-ever winner of the Triple Crown. He had never raced prior to the Kentucky Derby, but won the Derby and then won the Preakness Stakes only four days after. He went on to win another race, Withers, before achieving his victory at the Belmont Stakes.