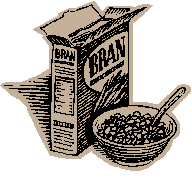 Using bran mash as a weekly ‘cleanser’ is a common practice among horse owners and stables. It is believed to add bulk to the stool, help with hydration, assist digestion, and is a good source of fiber. Despite these good intentions, giving a weekly bran mash dramatically alters the daily ration and disturbs the normal population of microorganisms residing in the hindgut.

MYTH: Bran mashes have a laxative effect on the digestive tract.
FACT: Dumping bran into the digestive system causes a sudden kill-off of some bacteria and forces overgrowth of others. This shifting bacterial population in the gut usually results in a good case of diarrhea, leading one to believe wheat bran acted as a laxative. Remember, routine feeding of the same feeds every day is the best way to avoid digestive upset in horses.

Additional research shows that bran does not have a laxative effect or soften manure. A study conducted at Cornell University, in which 50% wheat bran was added to a diet of hay and grain, found that fecal moisture was no different between horses receiving wheat bran than those on a controlled, bran-free diet.

MYTH: Bran has high fiber content and aids in hydration.
FACT: While wheat bran has more fiber than corn and about the same amount as oats, it has less fiber than hay. Providing plenty of hay is the best way to keep the digestive tract full of fiber and subsequently well hydrated. The amount of dry hay a horse eats will directly influence the amount of water it drinks, which will help keep the horse properly hydrated.

Over recent years, much concern has been raised over the level of starches and sugars (also called soluble carbohydrates) in horse rations. We now realize it is best to minimize starch and sugar in equine diets as these two ingredients have been linked to numerous exercise, growth and metabolic disorders. Wheat bran contains a considerable amount of soluble carbohydrate (about 30%), which is another reason it should never be suddenly added to the diet in large amounts.

When To Use Wheat Bran

There are instances where wheat bran has a place in the equine diet. Wheat bran is very palatable and provides energy and protein at levels similar to oats. Small amounts can be fed on a daily basis in the regular ration, but it should not be fed at a rate of more than 10% of the total diet (hay and concentrate). The reason for this is that all brans, including wheat and rice bran, contain a high percentage of phosphorus, but are low in calcium. Compounding the problem is that approximately 90% of the phosphorus in bran is in a form called Phytate. Phytate interferes with calcium absorption and reduces the absorption of copper, zinc, and manganese. Feeding high levels of bran can cause severe mineral imbalances and negatively affect bone health. Therefore, bran should be used only as an ingredient in a well-balanced and fully fortified (vitamins and minerals) ration, never as a feed.

Horse Feed Logistics: How Does it Get to My Dealer?